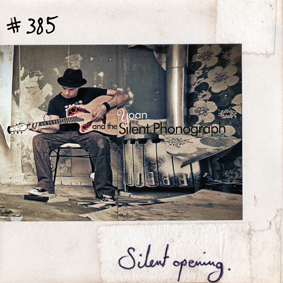 After playing in different bands and artistic projects, Yohann played solo on stage in 2006 under the name of "Yoan and the Silent Phonograph".
Why this name? Maybe to refer to the good old music values which disappeared day after day...or maybe just because of the worry of feeling lonely on stage.
The "one man band" became Yonograph in 2010 after many gigs everywhere in France.
Yohann writes songs about his life, things and people around him. He screams and sings love and sadness. The only goal for Yonograph is to share music, stories, sounds and feelings everywhere with anyone and with sincerity...because to him music can only exist if shared…like happiness.

Yonograph is already working on a new album based on another story about sharing art and music. (release spring 2012)

Uploaded by Clinical Archives on August 29, 2011